One family, one million lives transformed

We are witnesses to an unprecedented season of change unlike any that I’ve seen in my lifetime. The free exchange of ideas is being inhibited, and the dismantling of liberty and freedom in our nation is proceeding at a more rapid pace than ever before. What are we as fully devoted followers of Christ to do?

2 Things to Improve Our Futures

The first thing we can do is to persuade as many people as possible to join us in serving Jesus of Nazareth as Lord and King. That would make a dramatic difference in our workplaces, in our neighborhoods, in our schools, and in our social circles.

The second thing we need to do is to be committed to strengthening the nuclear family. I’m talking about a man and a wife with a covenant of marriage before God and their children. This is not my idea, it was God’s idea, and it’s the best possible circumstance for healthy, well-adjusted, productive human beings.

The statistics around this are numbing. In 1970 we had total births in the States at about 3.7 million people, with 400,000 of those out of wedlock. Twenty years later, in 1990, we had a total of about 4 million births, and 1.2 million of those were out of wedlock – about 28% more children born outside of marriage. By 2020, 40% of the births in our nation were outside of marriage.

Now, why does that matter? On this point, the data is abundantly clear: the leading indicator for poverty and for a host of other challenges in life is not having the benefit of a two-parent home.

The Cause of the Broken Family

What’s causing that? The primary problem, in my opinion, is that we’ve rejected a biblical worldview of sex and marriage. And I mean those of us who sit in the Church. We have stepped away from a biblical worldview because we want to be embraced by the broader culture.

We understand inherently and intuitively that our dividing line is the Gospel of Jesus Christ. And we don’t want to risk the rejection that might come with that. So, to find broader acceptance, we have turned down the light.

There’s a series of decisions that we can see leading to the decline of the falling family. It goes back to the ‘60s, to the Sexual Revolution. The emphasis was placed on personal gratification and it tremendously diminished the responsibility of reproduction. Society was told to cast off restraint, and we did.

That was followed by parenting being separated from the idea of faith. It was no longer culturally required to have a biblical worldview to help children grow strong in body, soul, and spirit, and parenting became about personal fulfillment. Children became like ornaments or expressions of one’s excellence. We were introduced to an unprecedented season of competitive parenting. We no longer cared about the wellbeing of children, we cared more about our own success.

We added to that abortion on demand, at any point in a pregnancy, which is the current Federal law. We’ve sacrificed 60 million children to convenience, and we’ve defended it now for several decades.

Since then, we have redefined marriage. We said it was no longer limited to the covenant between a man and a woman. We’ve normalized homosexuality and integrated it fully into our culture. So now we’re struggling with gender and transgender issues. The word “gender” is being repurposed. We don’t want to champion or institutionalize or celebrate confusion. We want to help resolve it.

So now we’re seeing gender and sex confusion and sex alterations. All of a sudden, sameness isn’t the same anymore. And we realize we’ve been living deceptively. There are 3 real practical responses to this unique season:

It starts with a change in how we interact with the world. The Biblical phrase for this is to “seek the Lord.” There's an assertiveness implied in that language. It's not a passive response.

Let's presume you're going to pursue a new hobby or you’re going to pursue a new business venture. You understand that what's implied in that language is an expenditure of effort different than the way you've been expending it before. This includes repurposing of time and most likely of financial resources. To pursue any of those things, for pleasure or business, entails effort and intentionality.

The pursuit of God involves those things, too, but we've stepped away from that. We’ve said, “What’s the least amount of effort I can expend to make sure when I step into eternity, I'm headed in the right direction? But I really don't want to know any more than that.”

That's not Christianity. Jesus is either Lord of all or He's not Lord at all. We must pursue God, with extra effort, time, and resources in understanding His perspective. And it's not something that you master or complete. We continue to grow in understanding of the Lord.

We need to start meditating, spend a little time every day thinking about the things of God. Maybe you memorize a verse every week or month – the key is to invest, to pursue God.

You understand this dynamic. When you bring a new baby home from the hospital, you're going to pursue parenting. Whether you understood fully the consequences or not, that new birth brought with it some assignments.

Your spiritual new birth brings with it some assignments, too. And we don't honor the Kingdom or the nature of that spiritual life if we don't talk about the nature of those responsibilities. Listening, learning, meditating, prayer, fasting, serving – it's all part of it.

You see, we look through the windows of the church and we think our problem is somebody else – the media or the politicians, or an ideology or somebody that disagrees with us. That's not the right perspective. We have to pursue God. We need to know God well enough to welcome him into the human circumstance that is our generation. That is our assignment.

Second to seeking the Lord, we need to add the practice of prayer. The failure to pray is no longer acceptable. We will forfeit the field if we don't learn to pray.

I want to encourage you to think of prayer in a workman-like fashion. Work is about showing up. Work is about doing the things you know to do. Work often means that the ultimate outcomes are beyond you. You can do all the right things at the right time in the right way, but you still need some external circumstances to bring alignment, to get the outcomes you want.

When you see someone who has consistent outcomes in prayer, you can know for certain two things: they have invested time in prayer, and they have invested effort in knowing God. That “seek the Lord” effort is manifest in consistency in their prayer life. The Lord needs us to desire to be those kinds of people. We don’t need to leave it up to others and think, “Oh, the women will pray… the older people will pray.” Prayer matters.

Repent. In Hebrew, the word means to physically change direction. In Greek, it means to change how you think. Together, they give you the essence of repentance – a change in behavior and a change in thought. Christ-followers need to be the best repenters in the world.

Renounce is of equal significance. It’s a step beyond repentance. It means to separate yourself from your past, spiritually. It’s not just to say, I’m sorry. This entails acknowledging those places where ungodliness or immorality has been a part of your practice and then separating yourself from that. We have repented in Jesus’ name of that behavior and have renounced any influence or impact it may have brought to our life.

We repent, we renounce it, and then of equal significance, we have to release. This is when you turn loose of anyone or anything of any hindrance. We live in a broken world, and even if we desire to honor the Lord, the sinfulness of the world is going to intersect our journey through time. We will be mistreated, we will suffer -- nobody gets through without it.

Let’s build the habit, on a regular basis, of repenting, renouncing, and releasing, so we’re not carrying things we don’t need to carry – no unnecessary limits.

By instituting these practices in our lives, we can live as fully devoted followers of Christ during this unprecedented season of change, and we can have a real impact on the future of our nation and this world. 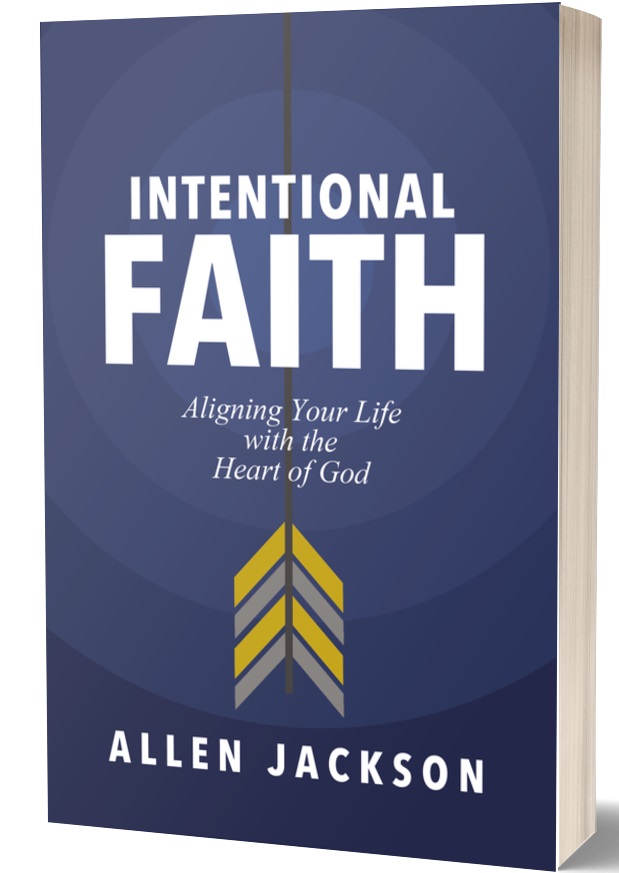 Allen Jackson is senior pastor of World Outreach Church, a congregation of 15,000, and founder of Allen Jackson Ministries, which broadcasts his biblical messages across the world on TV, radio, and the internet. He is the author of God Bless America Again and Intentional Faith.

This content first appeared on Crosswalk.com and is used here with permission. To view the original visit: https://www.crosswalk.com/faith/spiritual-life/ways-for-christians-to-respond-during-a-season-of-change.html