A seducing spirit is an evil influence directed to a believer with the intent to draw him or her into compromising sinful behavior contrary to the direction of God. Even though examples of the impacts discussed below are each from the Old Testament, seducing spirits are present and active in our society today. Seducing spirits are destroying Christian lives, homes, and our local churches. The Holy Spirit gives the believer discernment to recognize a spirit as seducing and the Word of God is our sword to not only defeat temptation, but also become stronger and bolder in our spiritual resolve.

Here are 4 impacts of a seducing spirit:

Samson was conceived under the command from an angel of the Lord to “be a Nazarite to God from the womb to the day of his death” which was an anomaly (Judges 13). Samson was blessed with the Nazarite vow prior to his birth. The strict vow commanded that “no razor shall come on his head” and “drink not wine nor strong drink, and eat not any unclean thing.”

Samson’s road to susceptibility for undue influence from a seducing spirit began with a desire for a Philistine woman. He demanded his father to “get her for me; for she pleaseth me well.” As the family journeyed to the Philistine woman, Samson was approached by a roaring lion. Unbeknown to his parents, Samson slew the lion. He later returned to the woman and “a swarm of bees and honey in the carcass of the lion.” Samson partook of the honey with his hands and then shared it with his father and mother when he returned home in violation of the Nazarite vow.

The allowance of one seducing spirit often leads to the introduction and further destruction of another seducing spirit. This concept was described by Jesus in Matthew 12:45, “then goeth he, and taketh with himself seven other spirits more wicked than himself, and they enter in and dwell there: and the last state of that man is worse than the first.” Unless we feel every void of our life with the Lord, seducing spirits are quick to move into the vacancy. As such, Delilah was fascinated with the strength and power of Samson and repeatedly demanded “wherewith thou mightiest be bound to afflict thee.” After intentionally answering wrongly numerous times, Samson finally gave in and “told her all his heart, and said unto her, there hath not come a razor upon my head. If I be shaven, then my strength will go from me, and I shall become weak like any other man.” Consequently, Samson's head was shaved. Delilah “began to afflict him, and his strength went from him.”

Jesus in Matthew 26:41 warned of the importance of fervent prayer and being desirous of constant spiritual discernment. He said, “watch and pray, that ye enter not into temptation: the spirit indeed is willing, but the flesh is weak.” When we are negligent in our prayer and scriptural studies, we become more reliant upon ourselves, and our fleshly desires become stronger while our spiritual strength is impeded. Just as with Samson, the seducing spirit afflicts us, and we become weak.

2. Seducing Spirits Can Cause a Loss of Spiritual Blessings

Spiritual idleness gives rise to seducing spirits from the worldly influences of the flesh. The prince of lies' attacks will even attack our own spiritual identity and confidence of salvation when we are doing nothing for the Lord by allowing our Bible study and prayer life to falter. Notice how spare time gives us the desire to peruse or watch things that are detrimental to us spiritually. Further, it is when we are idle that we browse ads and spend money that we don’t have on things that we don’t need.

In 2 Samuel 11, “David sent Joab, and his servants with him, and all Israel” “at the time when kings go forth to battle.” David, however, “tarried still at Jerusalem.” In his time of idleness, David “arose from off his bed, walked upon the rood of the king’s house: and from the roof he saw a woman washing herself; and the woman was very beautiful to look upon.” The seducing spirit within David led him to inquire of the woman, took her, and then had “fellowship with her.” Instead of being the kingdom leader, he forsook those responsibilities for a “day off” when he was most needed. The lusting of Bathsheba progressively resulted in his seduction of the married woman using his authority. His unassuming latent physical desires resulted in adultery, conception, and murder. Thus, there are no boundaries to the seducing spirit.

Once allowed influence, we are unable to draw the finish line on the consequences. What may begin as an innocent glance can grow into a vicious cycle of sin. David was repentant following the confrontation with Nathan. However, as a result of his sinful behavior, he was informed, “the Lord also hath put away thy sin; thou shalt not die. Howbeit, because by this deed thou hast given great occasion to the enemies of the Lord to blaspheme, the child also that is born unto thee shall surely die.” Additionally, the remainder of the reign of David was full of discontent and confrontation through the familial discord with his sons and other internal conflicts.

We certainly are afforded forgiveness when we come to the Lord with a repentant heart for our shortcomings in dealing with seducing spirits. The Lord’s mercy may prevent judgment to fall upon us, but there are still severe consequences for our actions. The ramifications of a merciful God are to draw us closer and more obedient to Christ and His guidance. The realization of lost blessings for disobedience awakens our spiritual senses as to the importance of obedience and fully utilizing the spiritual gifts afforded to the believer through the power of the Holy Spirit. 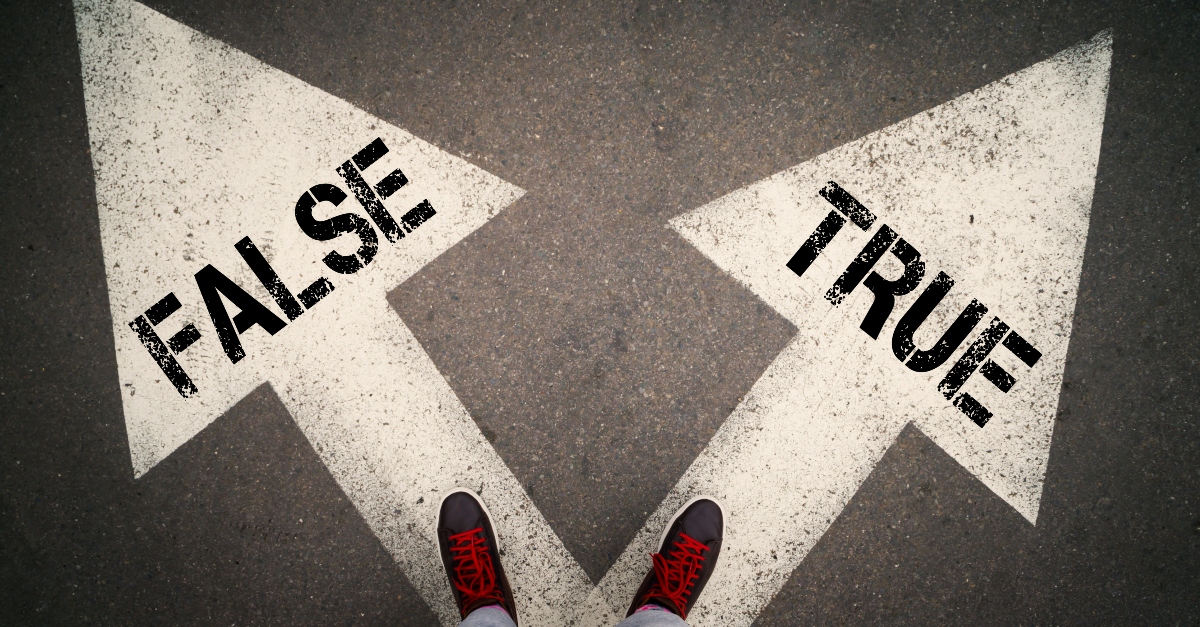 3. Seducing Spirits Can Heighten Our Feelings of Self-Righteousness

In King David’s final words to Solomon as he took over the throne of Israel, he charged his son to be strong and show himself as a man by keeping “the charge of the Lord thy God, to walk in his ways, to keep his statutes and his commandments and his judgments, and his testimonies (1 Kings 2:2-3). Solomon was then approached by the Lord in a dream and said, “Ask what I shall give thee.” In response, Solomon’s only request was for the heart of a servant to judge the people. Solomon was given his desire in addition to a peaceful land unlike his father David. In verse 26, we are told “Solomon had forty thousand stalls of horses for his chariots, and twelve thousand horsemen.” In Deuteronomy 17:16, the people were commanded “not [to] multiply horses to himself.” Further, Solomon married the Pharoah of Egypt’s daughter. Upon completion of the temple and his own magnificent house, Pharoah’s daughter desired Solomon to build her a home as well. Notice how the desire of accumulation progresses as Solomon becomes more noticed by the surrounding leaders.

King Solomon was visited by many foreign dignitaries who admired his vast territory and wealth. Queen Sheba even remarked how his kingdom was even greater than she imagined. The visit led to Solomon giving “unto the queen of Sheba all of her desire, whatsoever she asked.” Then, in 1 Kings 11:1, it was revealed, “King Solomon loved many strange women, together with the daughter of Pharoah, women of the Moabites, Ammonites, Edomites, Zidonians, and Hittites.” These “partnerships” were made despite the Lord’s command that “ye shall not go in to them, neither shall they come in unto you: for surely they will turn away your heart after their gods.” Sadly, “Solomon clave unto these in love.”

As a consequence, “when Solomon was old, that his wives turned away his heart after other gods: and his heart was not perfect with the Lord his God, as was the heart of David his father.” Solomon built up high places for worship and burnt incense and sacrificed unto the gods for all his “strange wives.” Instead of his initial vow to serve the one true God, Solomon allowed his dependence to fall upon his physical connections with the woman from surrounding lands. God had given him peace in his land and would continue to do so provided he continually ruled in obeyance of God’s commandments. As the kings and “strange women” from the foreign territories visited and bragged about Solomon’s kingdom and wisdom, his reliance and dependence upon the Lord faltered and he placed greater importance on his fortifications through alliances, wealth, manpower, and horsepower with chariots.

Seducing spirits, when unchecked give, the believer a false sense of self-reliance and empowerment.

Seducing spirits are not inevitably detrimental to our spiritual state and relationship with Christ.

In Genesis 39, Joseph was placed in the master house in Egypt because Potiphar “saw that the Lord was with him, and that the Lord made all that he did to prosper in his hand.” Potiphar was “an officer of Pharaoh” and a “captain of the guard.” Joseph was further promoted as an overseer in Potiphar’s house. The favor placed upon Joseph was threatened when “his master’s wife cast her eyes upon [him]; and she said lie with me.” Joseph’s spiritual resolve empowered him to refuse and explained to her, “my master wotteth not what is with me in the house, and he hath committed all that he hath to my hand; there is none greater in this house than I; neither hath he kept back any thing from me but thee, because thou art his wife: how then can I do this great wickedness, and sin against God?” Just as the devil persists in our daily lives, Potiphar’s wife “spake to Joseph day by day.” His resolve endured and “he hearkened not unto her, to lie by her, or to be with her.” The spiritual power to deflect the seducing woman’s sexual advances strengthened Joseph’s awareness of the Lord and further awakened him to the strategies of a seducing spirit.

As we grow older and mature spiritually, we can discern that all “open doors” are not of the Lord allowing people or opportunities in our lives. Paul accepted and used spiritual temptations and weakness to his advantage for growth in Christ as he wrote in 1 Corinthians 12:10, “therefore I am well content with weaknesses, with insults, with distresses, with persecutions, with difficulties, for Christ’s sake; for when I am weak, then I am strong.” 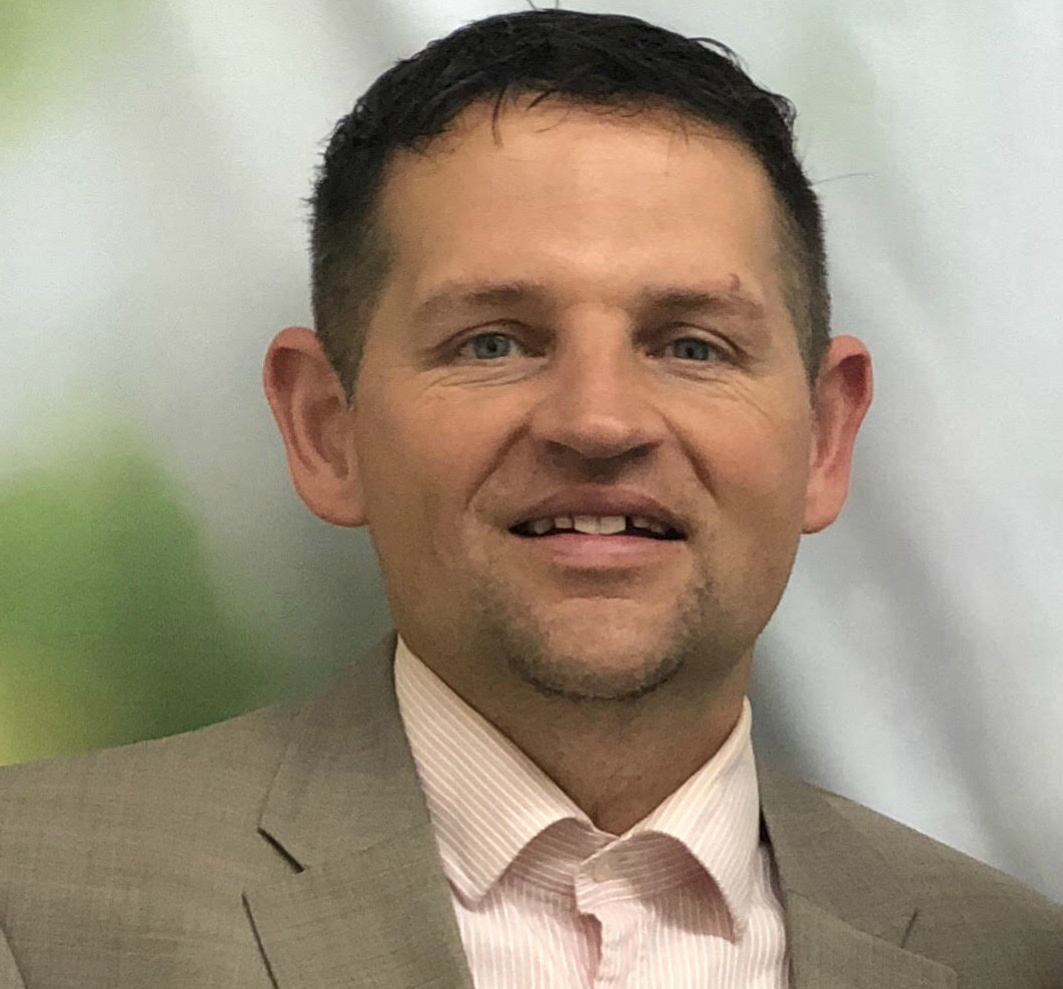 Chad Napier is a believer in Christ, attorney at law, wannabe golfer, runner, dog lover, and writer. He enjoys serving his church as a deacon, Sunday School teacher, fill-in preacher, and pandemic televangelist. You can find him on Facebook and Twitter. He and his wife Brandi reside in Tennessee with their canine son Alistair.

This content first appeared on Crosswalk.com and is used here with permission. To view the original visit: https://www.crosswalk.com/faith/bible-study/impacts-of-a-seducing-spirit.html

A Prayer for Faith - Your Daily Prayer - August 16